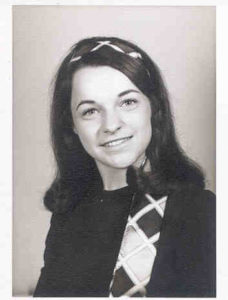 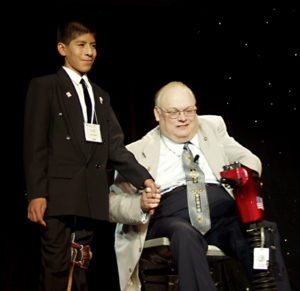 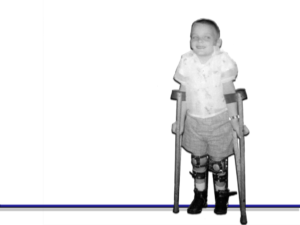 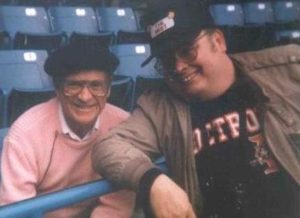 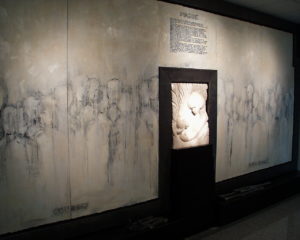 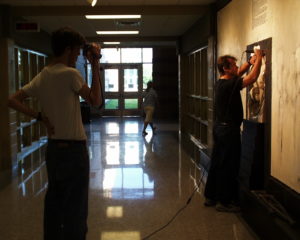 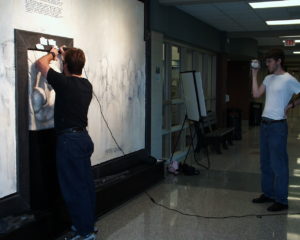 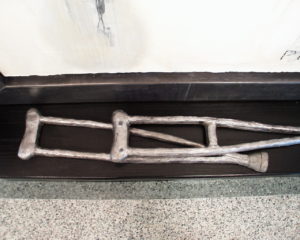 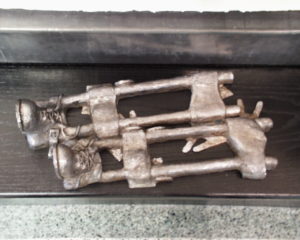 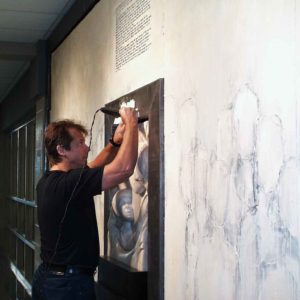 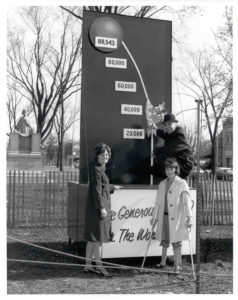 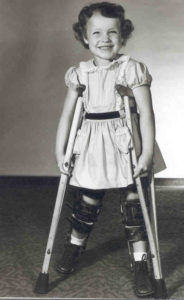 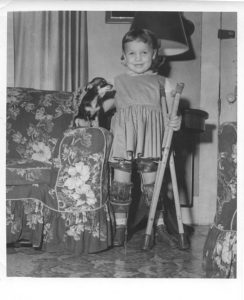 Sandra Sagear certainly knew what it meant to struggle and overcome obstacles; but Sandy’s family and friends remember her attitude, not her struggles. Sandy said, “Can’t never did anything. Can did it all.” She believed it and she lived it.
Sandy was born on March 22, 1950. She contracted polio at the age of seventeen months. Polio created limitations for her body, but Sandy’s spirit and character created a hopeful and courageous life. It’s hard to imagine the strength and tenacity required of a young girl who faced so many operations and extended hospital stays. It’s not hard to imagine that Sandy must have felt frustrated or lonely at times; but she chose not to let people see that. She didn’t ask for help when others thought she should; instead she chose to help others. She chose to push ahead, even when others wanted her to rest.
At the age of four, she was a March of Dimes Poster Girl. At 16, she was spokesperson for Plymouth Community Fund, (now known as United Way). She loved music; and like most teenagers, she loved the Beatles. While most teenagers watched the Beatles on Ed Sullivan, Sandy was on Olympia’s stage with the Beatles… in a full body cast, no less.
Sandy’s early education was completed at home with special tutoring. In 1965, she was able to attend East Middle School in Plymouth. In 1966 she went on to attend Plymouth High School, now PARC (formerly Central Middle School). Once again, she displayed a creative tenacity in how she navigated a building without an elevator and a bus without a lift, wearing braces, using crutches, and carrying all her belongings.
Sandy graduated in 1969. After graduation, she worked as an office manager and became a computer whiz. She was known as an excellent student, valued employee, and a great friend.
More importantly, she was a loving and much-loved daughter, sister, and aunt. Sandy passed away on April 2, 1992, due to complications of pneumonia. She was 42 years old.
The Sandra Sagear Memorial Wall commemorates the perseverance and courage Sandy demonstrated throughout her life. It is dedicated to all of the students in our community that have shown the same kind of strength when faced with adversity.

The Sandra Sagear Wall of Courage is located at the new Plymouth High School in Canton, Michigan.

Dennis Jones – the Artist – at the Sagear Wall

Dennis Jones on the Sandra Sagear Wall of Courage

Dennis Jones, a licensed practicing local architect and artist, designed and coordinated the construction of the Sagear Wall of Courage. He developed a dramatic presentation featuring an 18’ x 9’ multi-media design, which includes an alabaster sculpture and an extraordinary frame to display the names of all honorees.

“The image that moved me so regarding Sandra Sagear’s life was picturing her as a small child strapped with leg braces and crutches. I imagined her constant struggle. Struggles that any healthy person would avoid or take for granted. Being a parent, I imagined the hardship her family must have endured. Yet Sandra, with the help of family and friends persevered and succeeded where others have failed. Such is the gift of the human spirit. It is with Sandra’s spirit at heart that the Sagear Wall was conceived.

The Sagear Wall consists of several elements. Central to the design is a large, 430 lb. piece of white alabaster, carved in relief, depicting Sandra as an adult looking directly at herself as a small child. Sandra, the adult, appears to be reflecting on her life, whereas the child looks hopefully to the future. The white alabaster seems to capture Sandra’s fragility and her calm, pure spirit.

The mural will measure approximately nineteen feet across and ten feet tall. Several outlined figures, carved into a wood panel, will grace the mural on both sides of the sculpture. The inclusion of these figures will suggest the support of family and friends or other students that have endured hardship and succeeded. A written biography of Sandra’s life will be carved into the panel directly above the alabaster sculpture. The overall coloration of the mural will be white to compliment the alabaster sculpture and bring emphasis to Sandra’s calm strength.

Other sculptural elements will include a child’s crutch and leg braces. These two objects will be cast in lead and set upon a low wooden bench located on each side of the alabaster sculpture. The suggestion here recalls the manner in which Sandra may have removed and placed her crutches and braces at the end of her day. Lead was chosen as a material to suggest weight and burden. The lead will retain evidence of the casting process, the rough appearance further suggesting that these are objects of use with all the marks of their wear.

A frame made of lead is to also surround the entire mural. The names of past and future students that have endured hardships and succeeded will be engraved into the frame.

The completion of the Sagear Wall will bring me great pleasure to know that future generations will be encouraged to appreciate the hardship of others and their individual spirit to succeed.”